Cape Palliser is some where you go to and not drive thru as its a no exit access. The lighthouse is the end point but there is much more than that. 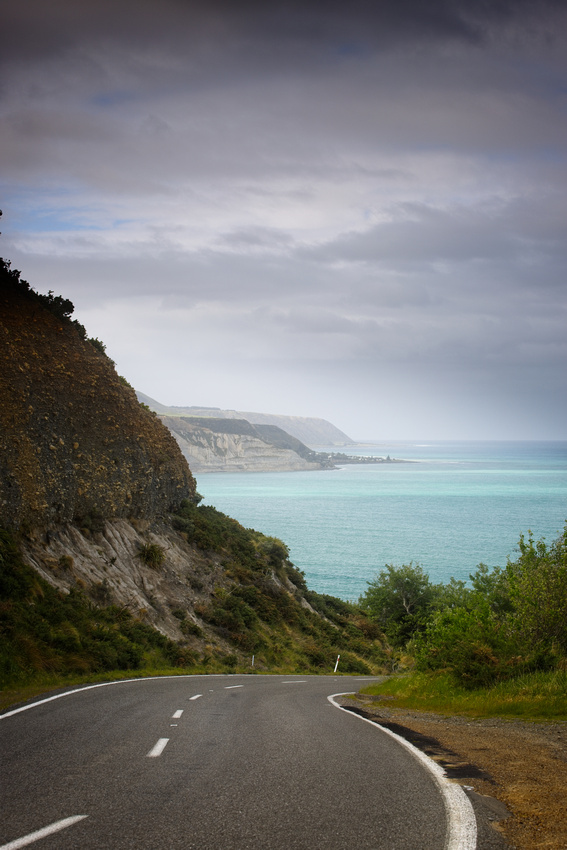 The road in gives you a taste of what you are about to discover...blue water, steep cliffs and sweeping beaches.

Coastline panorama to Cape Palliser.A panoramic image of the coastline west of Cape Palliser with the entrance to the Putangirua Pinnacles on the bottom right at the bridge.

The road down to the end point at the lighthouse takes you past outlooks such as this view just past the turn off to the Putangirua Pinnacles which is at the bridge at the middle right in this image. The coastline just seems to keep going fore-ever but you would eventually arrive at Wellington. All these images are on the website. Just use the search function with the keyword 'Cape Palliser' and they will all be itemised. 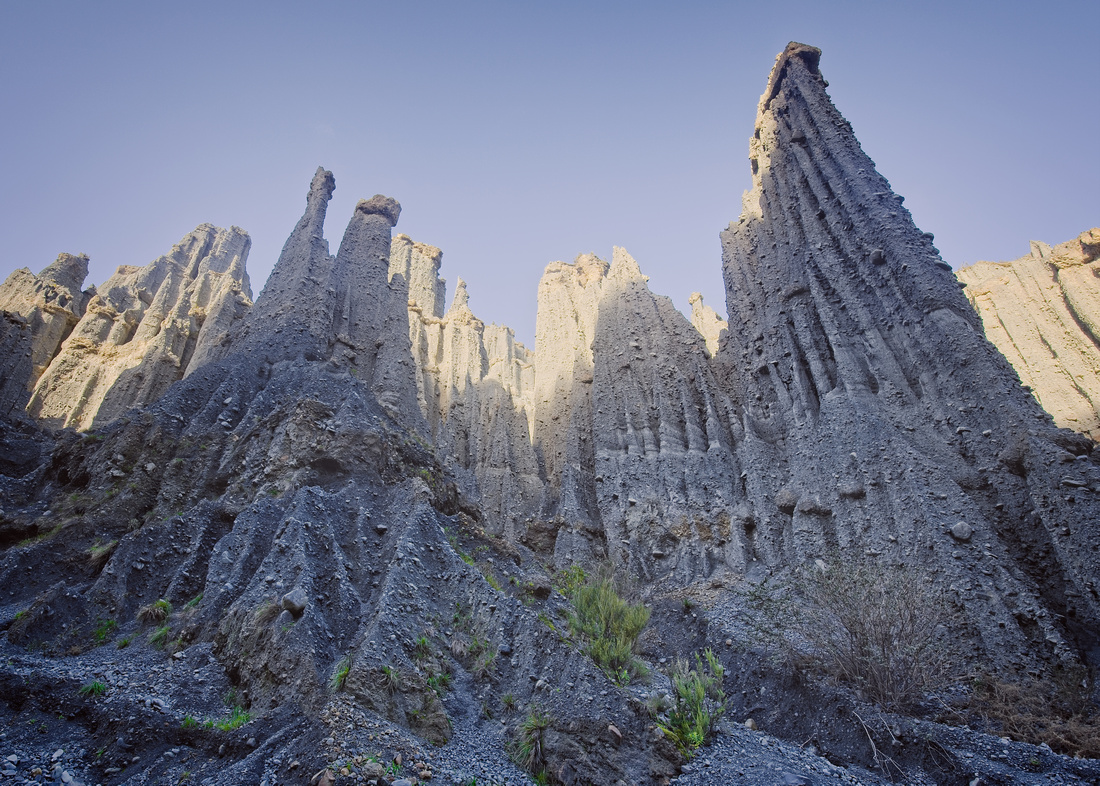 Putangirua Pinnacles.A image in the valley looking up at the Pinnacles soaring above in cathedral like structures.

The Pinnacles do provide for a visual feast and you have the choice of walking up into the Pinnacles if you follow the rough track up beside the stream and do some rock hopping and/or take the track to the look-out. For imaging its maybe better to go in the afternoon when the sun is lighting up the Pinnacles without too much in shade. 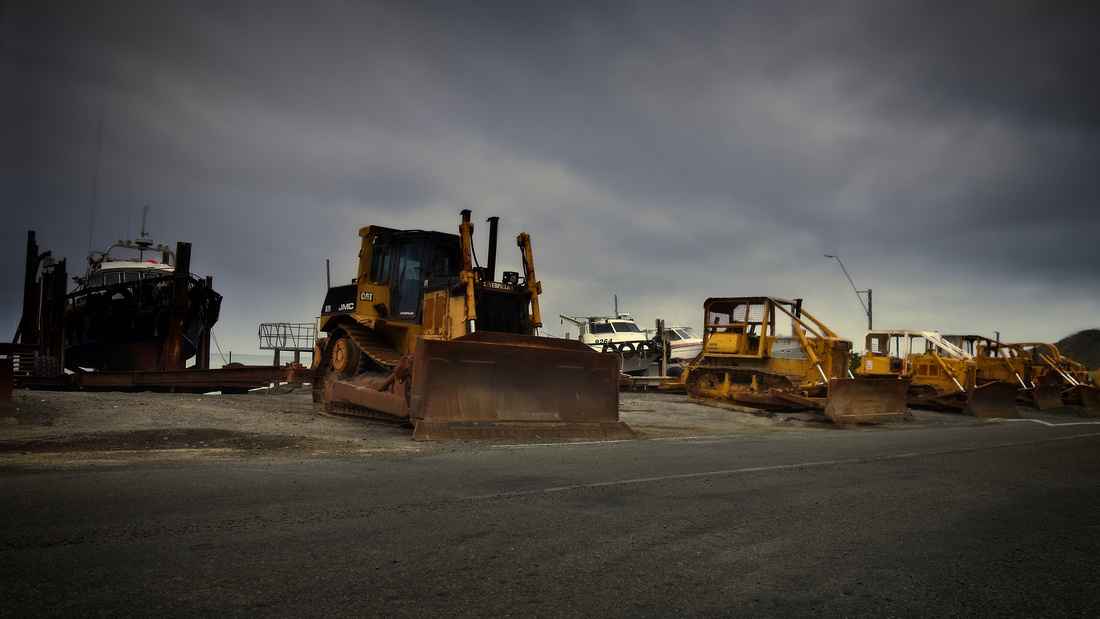 Ngawi bulldozers.The bulldozers that are used as crawfishing tractors to launch the boats into the water with specialised trailers.

On the way is Ngawi which is world famous in New Zealand for the cray fishing boats lined up on the shore line with their semi-retired bulldozer's which they use to launch and retrieve the cray boats from the beach immediately behind them. The line up is impressive and the trailers purpose built with long draw-bars to make for getting the boats as far as possible in to the surf. There is a fish and chip trailer which sells local fresh fish. 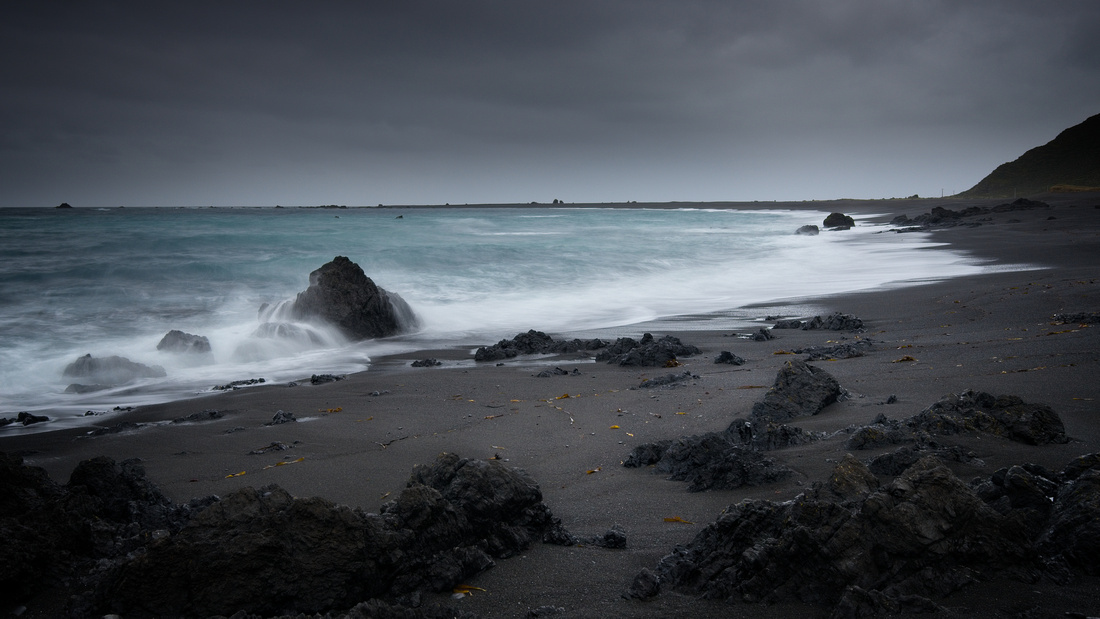 Rocky beach at NgawiSurf crashing onto a stony beach at the coast at southern Wairarapa near Ngawi with the headland in the background.

The coastline is long and sweeping in places. Do keep a eye out for seals tho... 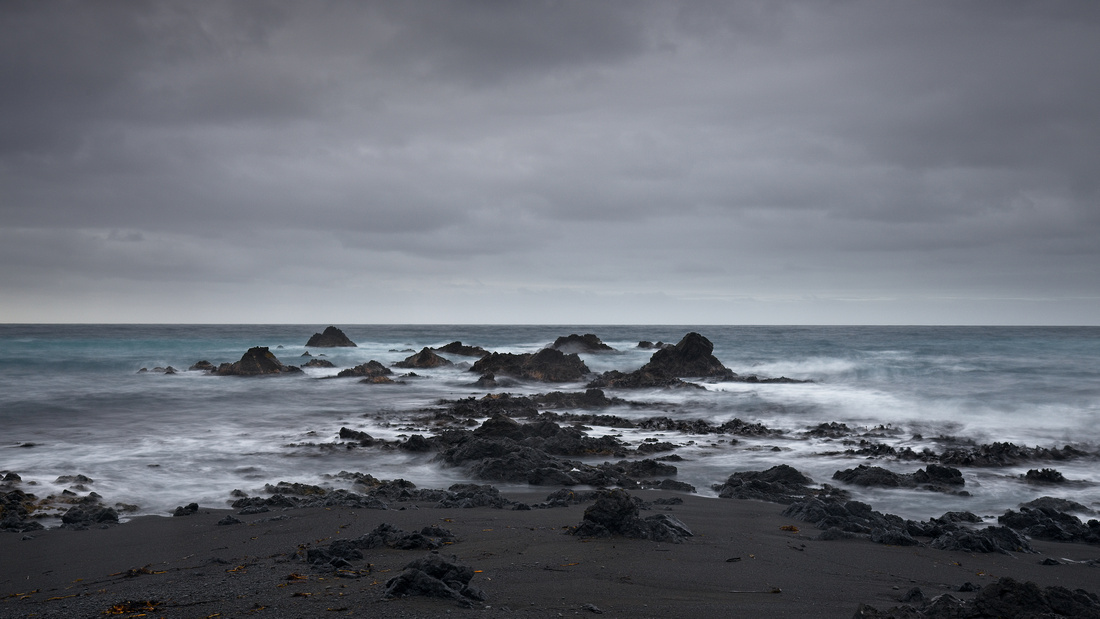 Shoreline rocks.A stack of rocks on the tide line with waves crashing with a long exposure image. 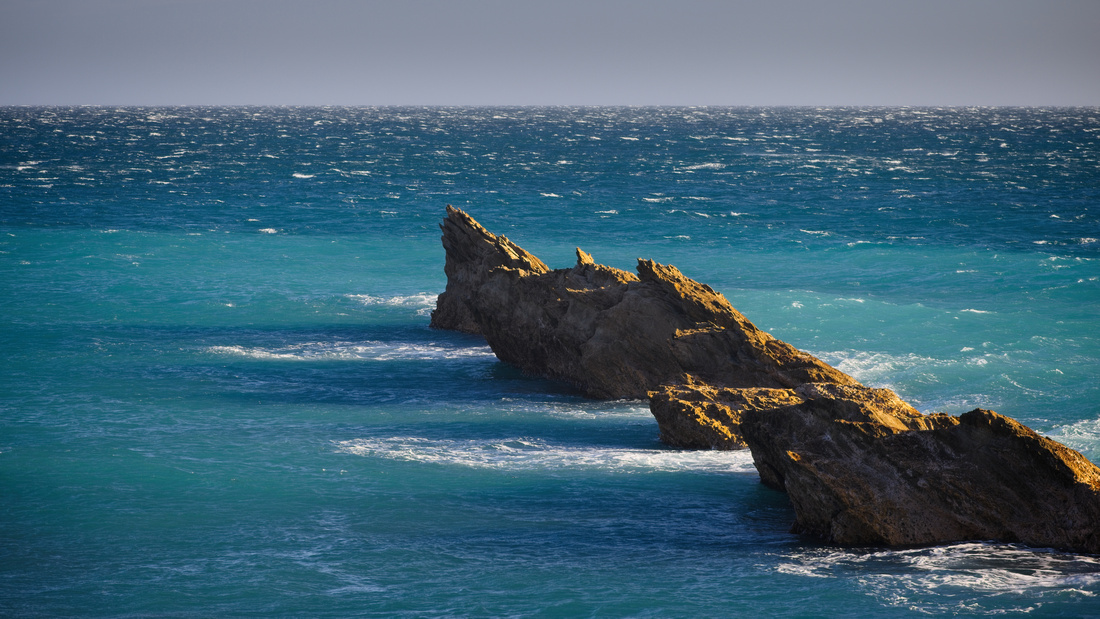 Coastal rocks at Ngawi.A line of jagged rock formation leading out to sea with a windy swell running with white caps on the waves.

Some of these outcrops seem like they are some creation gone wrong... 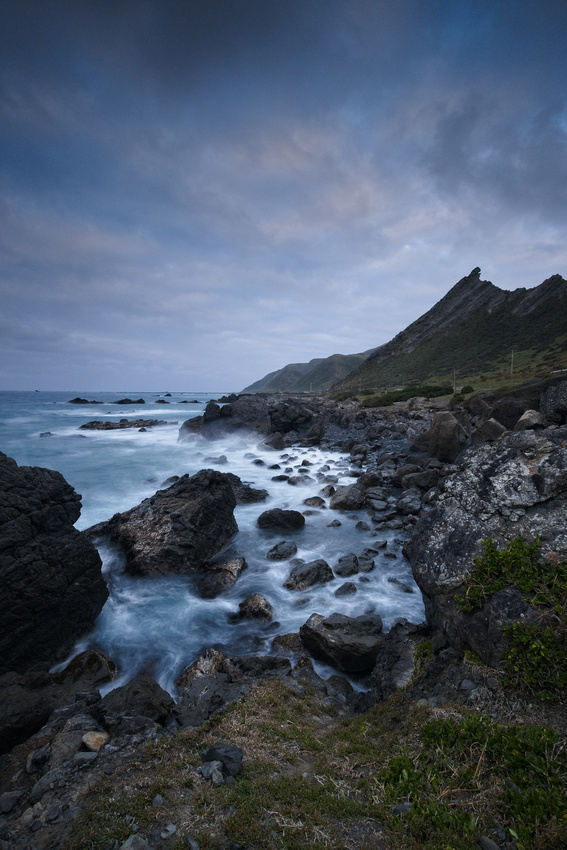 Just before the lighthouse there are some small coves which are home to whole tribes of seals. Just be careful as their bite can be nasty and would probably entail a visit to the Doctor for some antibiotics. 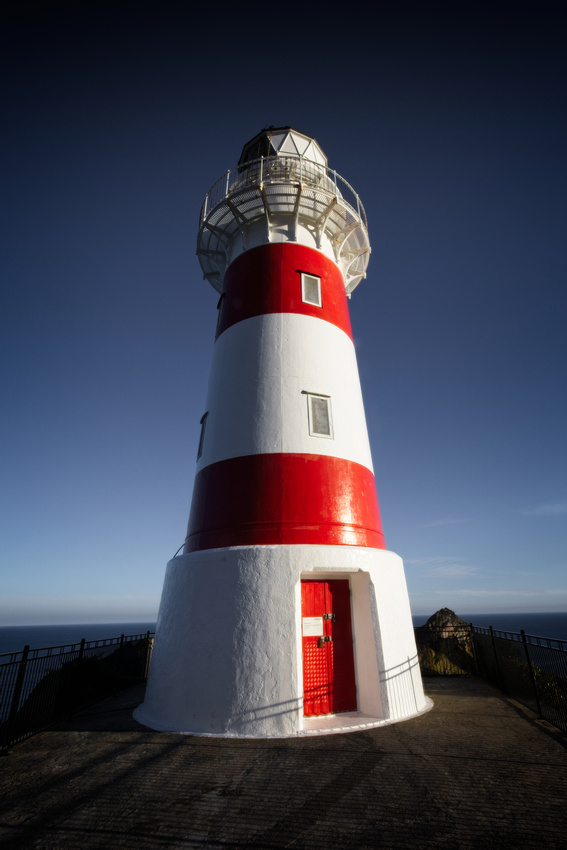 The lighthouse can be reached by some steep wooden steps and do test your fitness somewhat. As with all NZ lighthouses its all remotely controlled but there is safety fencing around the platform so you don't fall over the edge. The steps are as much fun going down as up. 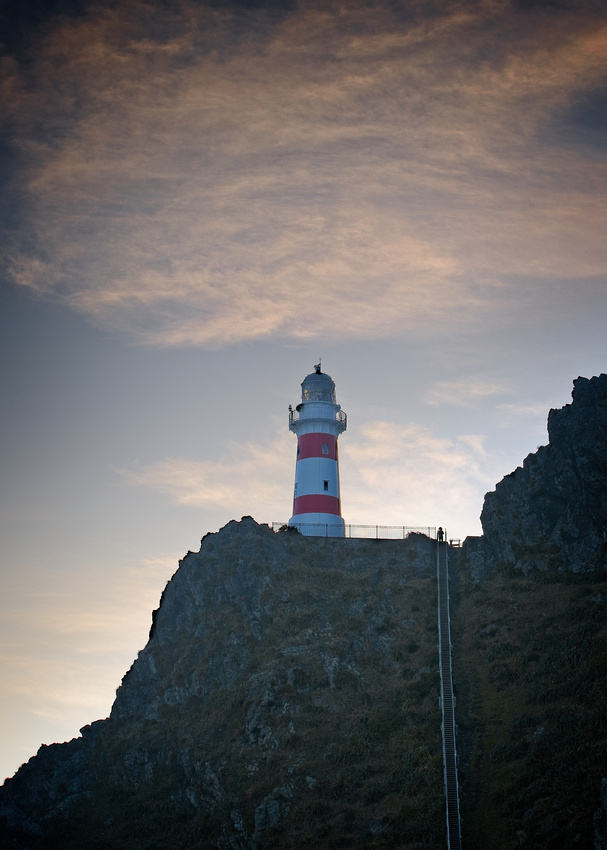 Cape Palliser.The Lighthouse at Cape Palliser looking from the carpark with someone standing at the top of the stairs.

Although a remote part of New Zealand as in it's not on the way to anywhere and the road ends up being one way at times its still a really worthwhile journey for the rugged coastline with the seal populations,  the iconic bulldozers at Ngawi with also the pinnacles there are lots of things to explore which cannot be found anywhere else. It's a case of the more times you go the more things you see for the first time...

Muzz Handley Photography
Many thanks Dan. Appreciated...
Dan(non-registered)
Great narrative and excellent images to illustrate. You could be a writer and photographer for a travel magazine!
No comments posted.
Loading...
A constantly renewed journal from travels and special interest subjects that need to be shared. If there is content that you deem worthy of interest please do share to your favourite media format. Would be much appreciated...
Subscribe
RSS
Recent Posts
The Lake Wanaka area. The MacKenzie. Arthurs Pass and Highway 73. The West Coast Images and ideas from a South Island roadie - Top of the South. A journey to White Island... The Cape Palliser coast. A visual diary of a log truck driver's day... The Tongaporutu Boulders and coastline. The Taupo Tree.
Keywords
Road trip New Zealand Photography road trip Photography Aorangi/Mount Cook South Island #thewanakatree Glendhu Bay Lake Hawea Lake Wanaka
Archive
January February March April May June July August September October November December
© Muzz Handley Photography
Powered by ZENFOLIO User Agreement
Cancel
Continue