With the early snow falls at Tonagariro National Park being on the dismal side in the early part of the season some opportunities arose to do some quick day trips to try and capture the new snow falls around the mountain and also image the natural attractions the visitors come to see at the World Heritage Park. The snow falls in August coincided with the lock down which meant that no one was going to appreciate the snow fields for awhile but at least managed to capture some glorious imagery of the early season falls.

Alpenglow at Mount Ruapehu.Mount Ruapehu just before the dawn showing the alpenglow colours which last for a short period in a panoramic format.

Mount Ruapehu was just spectacular in this pre dawn shot with all the colours of the Alpenglow which only lasts for a very short time period.

Mount Ruapehu with a wind storm on the tops.A post storm effect of high winds on the tops of Mount Ruapehu blowing the fresh snowfall into clouds of snow into the air with lenticular type clouds above.

After a clearing winter snow storm was revealed the fresh snow upon Mount Ruapehu and the fierce winds at the tops was blowing the snow of the ridges and creating a Lenticular type of cloud to form over the peaks of the mountain. A surreal effect.

A dawn panoramic view from the Desert Road looking at Mount Ngauruhoe with Red Crater to the right with the sunrise light just hitting the peaks. 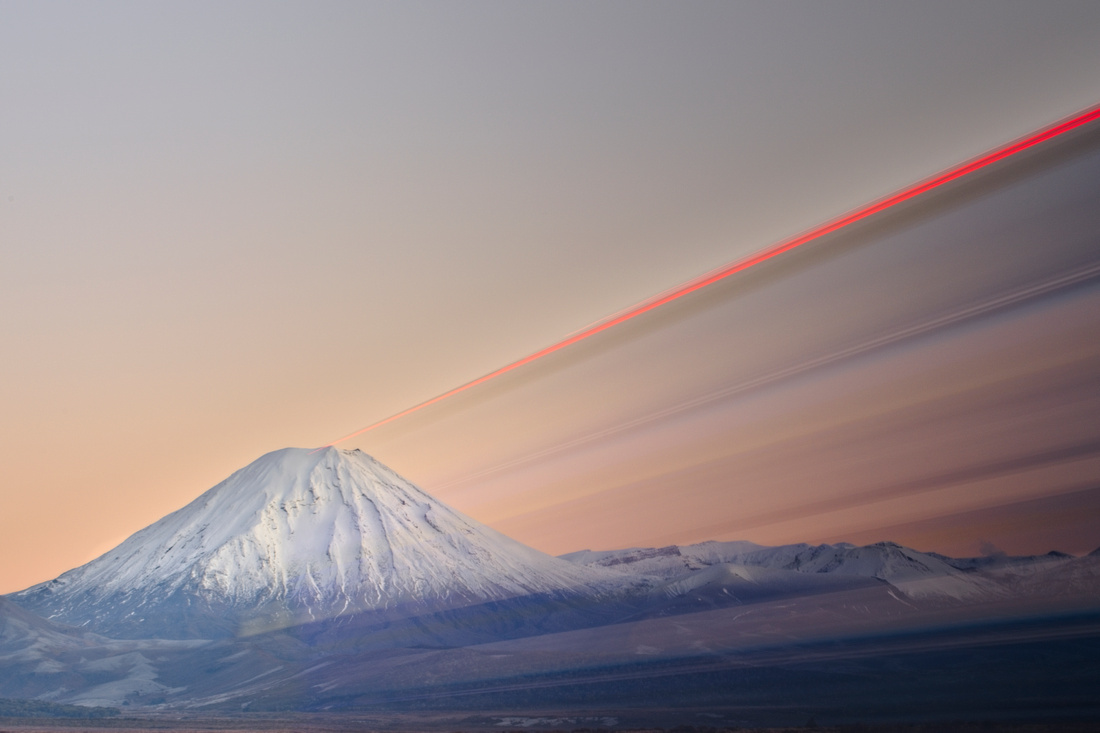 Light trails at Ngauruhoe.Mount Ngauruhoe with the dawn light with the light trail from a passing high side truck leaving light trails leading to the mountain using a long exposure capture.

A fun image using a long exposure technique capturing the tail lights of a passing high sided truck heading down the road which creates the impression of light beams emanating from Mount Ngauruhoe itself. 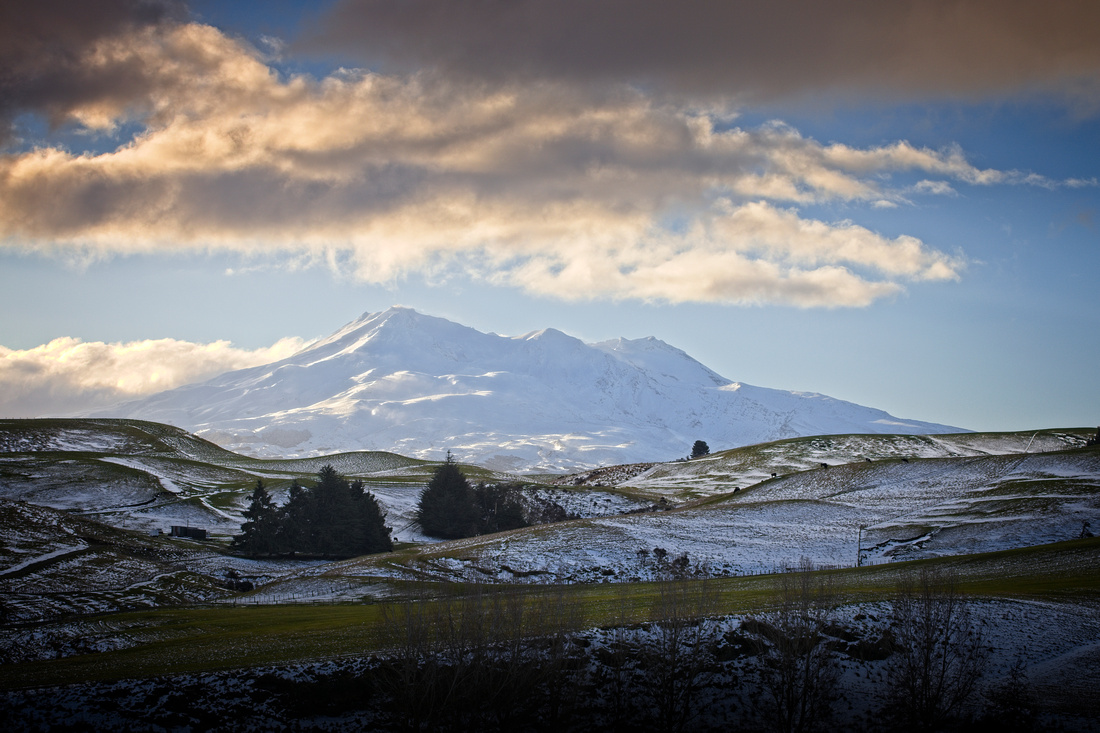 Fresh snow at National Park area.New snow fall on the surrounding farmland around Mount Ruapehu with the mountain in the background and sunset colours in the clouds above.

A alternative view looking at Mount Ruapehu in the background from the southern side with all the fresh snow on the mountain with the renaments of the recent snow fall on the fields surrounding the mountain adding a patchwork effect on the green grass making for a soothing effect of layers.